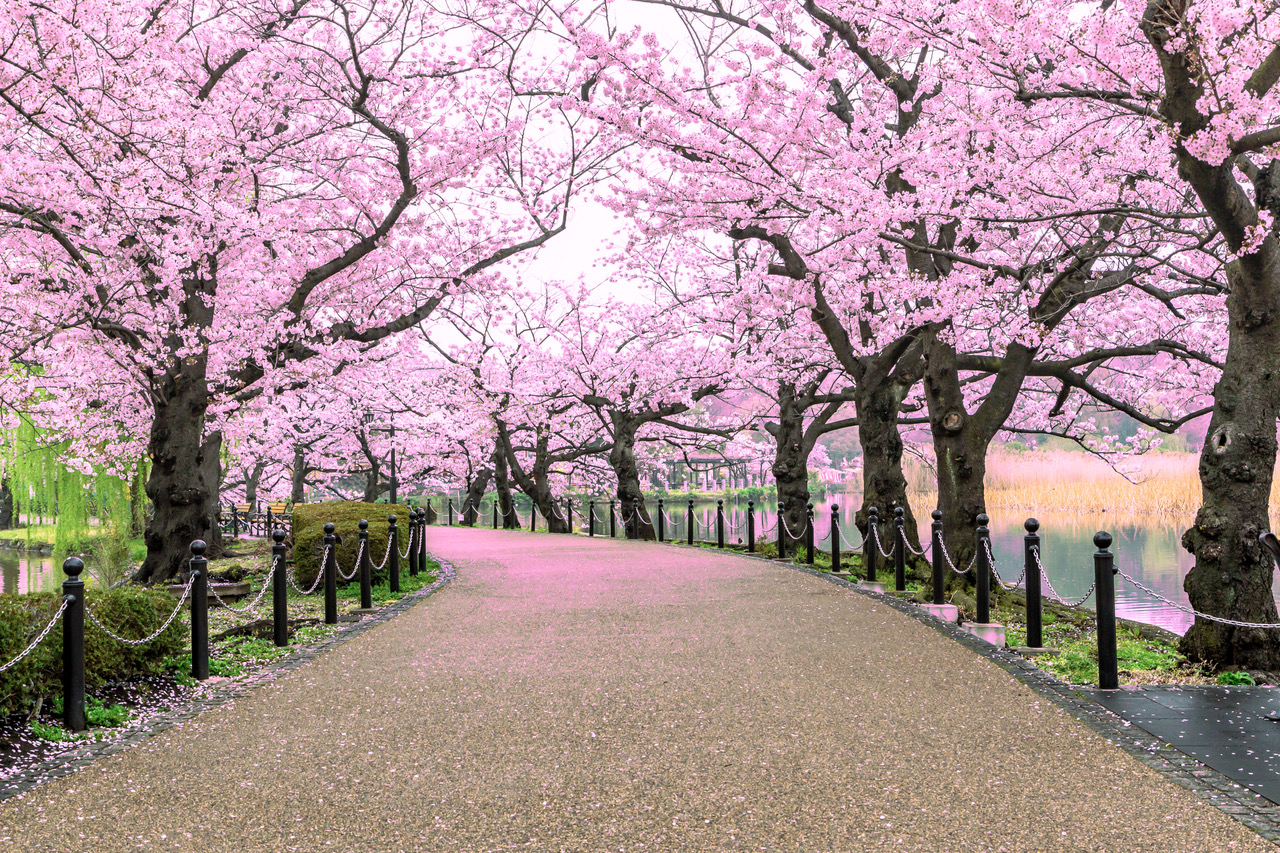 It’s finally near! Even though spring officially began March 21st, most Torontonians would argue we haven’t seen much of the green stuff (well, except for the opening of a few bricks and mortar cannabis stores, that is) since. But High Park’s cherry blossoms, a bit of an arbiter of spring weather, are predicted to bloom by this week. To celebrate the occasion, we’ll take a look at the history of some of Toronto’s showiest florals.

On April 1, 1959, the Japanese ambassador to Canada, Toru Hagiwara, presented 2,000 Japanese Sakura (cherry) trees to the city of Toronto to thank them for accepting Japanese-Canadians uprooted during (and after) the Second World War. Many of those were planted in High Park, overlooking Grenadier Pond. Then again, in 1984, a small grove was planted as another donation, this time near the playground. More have been planted throughout the park over the years. The trees have special meaning in Japanese culture, dating back to the Nara Period (710-794). Hanami, or flower viewing, was originally of apricot blossoms, but soon cherry blossoms were more popular. The custom was once limited to the elite, but soon spread to all branches of society.

If you want to check out cherry blossoms but not the crushing crowds associated with High Park, some other spots include Robarts Library on the U of T campus, Trinity Bellwoods Park (although expect some crowds here too), and Centennial Park in Etobicoke, which boasts the second largest collection of Sakura trees in the city after High Park.

Another spot to check out florals, but year round, is Allan Gardens, near Riverdale. Its history dates back to 1858, but the most recognizable part of the structure, the Palm House, was built in 1910. The original glass conservatory on which the land sits burned down in 1902. Named after once mayor George William Allan, who donated the land in 1857, the park has had some colourful visitors (and not just the flora!) over the years, including King Edward VII, Oscar Wilde, poet Milton Acorn and in 1965, was the site of an anti-Nazi riot. It now has six greenhouses which cover 16,000 square feet.

The Canadian Tulip Festival is in Ottawa, not Toronto, but it has its roots (or bulbs, as it were) in a tradition started in 1945 by the Dutch royal family, who sent 100,000 tulip bulbs to Ottawa in gratitude for Canada having sheltered a young Queen Juliana and her family during the Second World War. Princess Magriet was actually born at the Ottawa Civic Hospital in 1943. She returned in 2002 to attend the festival. Even though Toronto doesn’t have the 300,000-ish tulip bulbs Ottawa has, there are plenty of places to see tulips here, like along the Bloor Yorkville promenade (in planters, among the sidewalks) and Amsterdam Square at St. Clair and Avenue Road (so named in 1974, when Toronto and Amsterdam became sister cities).

If you’re looking for some flowers you can display at home (no one’s suggesting you bring scissors to Allan Gardens!), there’s no better place in the city than Avenue Road and Davenport. There are four flower markets right beside each other – Yang’s Flower Market, Jong Young Flower Market, Grower’s Flower Market and Gifts and Ken’s Flowers on Avenue. It’s a close walk from Yorkville, Rosedale, the Annex and Summerhill, and Drake’s favourite restaurant Sotto Sotto is just a few doors down – you never know who you might see!

Here’s hoping the blossoms give you a little more cheer (or cherry!) this spring.