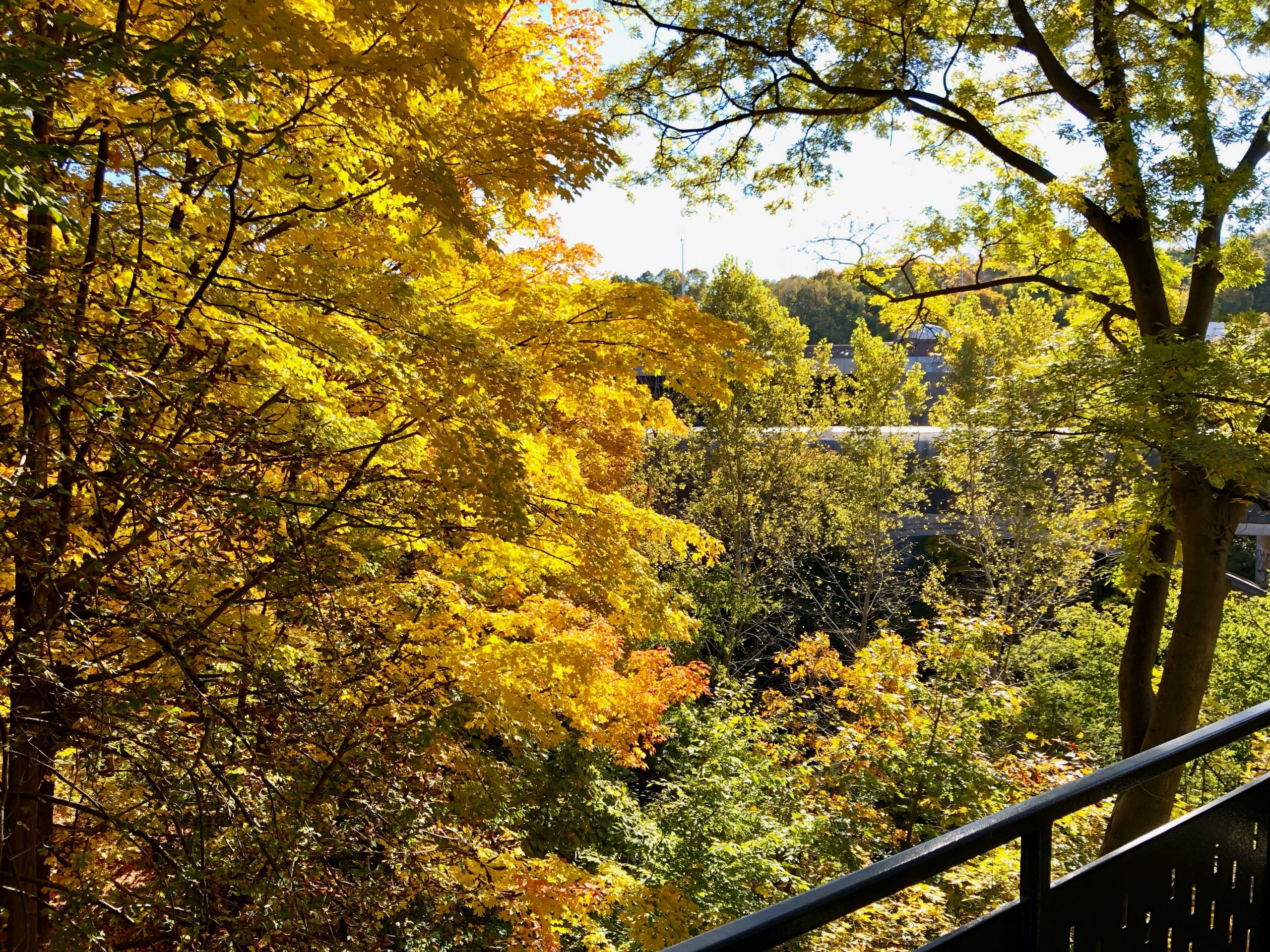 November is upon us. Luckily, in Toronto, it’s usually still not too cold to get out of the house (although the temptation to nest becomes strong around now!). Also, luckily, Toronto is also known as a city of parks. That’s no more evident than in Rosedale, Summerhill and Moore Park, where parks are almost as plentiful as Starbucks. Here, we share the hidden histories of some of the neighbourhood’s parks. Work off that Halloween candy by checking them out before it gets too frigid to enjoy them.

The Rosehill Reservoir, which is set in David A. Balfour Park, was built in the 1800s to service the city’s water needs. It is the Toronto’s oldest and largest reservoir, with a capacity of 33 million gallons of water. The last updates happened in 1966, so it is slated to undergo modernization set to finish in 2021. The sculpture found there is of an H20 molecule. Another glimpse of the reservoir can be spotted on the west side Mount Pleasant Road just south of Inglewood in the form of the Rosehill Pumping Station.

Named after municipal councillor David Balfour (1889-1956), the park, as part of the revitalization of the Rosehill Reservoir, will also be undergoing renovations until 2021. But the real draw, the trail that runs in the ravine below, will remain open (with some entrances closed for construction). There, you can hear the sounds of a tributary river to the Don River called Yellow Creek and walk through lush, dense greenery. The park’s namesake was also instrumental in the creation of a public square in the city that later became known as Nathan Phillips Square.

If you continue along the trail, across Mount Pleasant and along the path of Yellow Creek, the Park Drive Reservation Lands trail leads under tony Glen Road to Milkman’s Lane, which leads to Craigleigh Gardens. It is named for the estate of Sir Edmund Osler. Osler lived in a mansion on the grounds until his death in 1924. Soon after, the home was torn down and the land was given to the city to become a park. The grand entrance gate is one of the last vestiges of the elegant home that once stood in its place.

Across the street from Rosedale subway station (or perhaps more importantly, down the street from Rebel House and the Black Camel) sits Ramsden Park. It runs all the way to a tiny entrance off of Avenue Road. In the 1800s, this land was the site of the Yorkville Brick Yards, which made yellowish bricks for notable Toronto landmarks like the St. James Cathedral at King and Jarvis and St. Michael’s Cathedral at Church and Shuter. The park was established in 1904 and named after J. George Ramsden, a local who was active in city politics from 1903 to 1936.

Running from the Mount Pleasant Cemetery down to the Don Valley Brick Works Park is Mud Creek, where you can see evidence of a river that once flowed from the Downsview Airstrip. The river, once known as Mount Pleasant Brook, was covered by urbanization as Toronto grew, but in the Moore Park ravine where it runs, there are some traces of it, now known as Mud Creek.

Just south of Mud Creek and west of the Brick Works lies Chorley Park, a park with a storied history. It was once the site of a regal mansion, a government house and official residence of the Lieutenant Governor of Upper Canada and Ontario. Built in the French Renaissance style, the home was said to cost more than $1 million – more than four times its original budget – and took four years to build from 1911 to 1915. The Great Depression took its toll on the property and taxpayers didn’t want to pay its exorbitant operating costs. By 1937, Chorley Park (named after an English town) was shut down. It fell into disrepair in the following years and in 1960, the city bought the house for $100,000 to destroy it and create a park. The only remains of the grandeur that was are a bridge and depressions in the ground that outline the footprint, roughly.

Hidden between all of these other parks – David A. Balfour to the west, Chorley Park to the east, Craigleigh Gardens to the south and Mud Creek to the north – is the last park on our list, Rosedale Park. Within the park sits a field that was once known as Toronto Lacrosse Grounds, though it is more famous for football, being the home of the Toronto Argonauts all the way back in 1874-1877 and was the site of the first ever Grey Cup in 1909. Nowadays, the stadium seating is gone (it could once hold 4,000 spectators) but the field still exists and is often used for soccer matches.