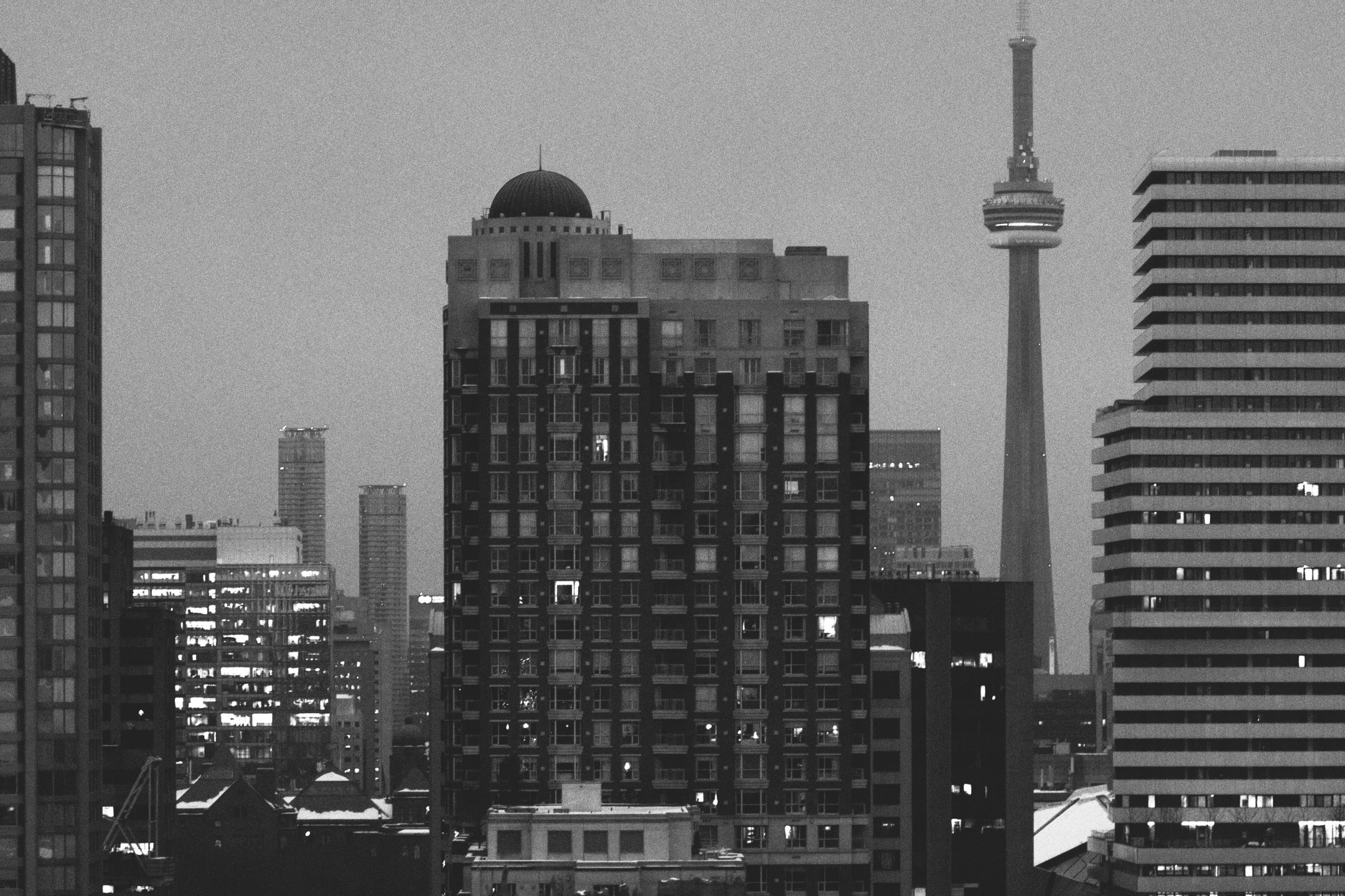 In a city where it feels like a structure gets knocked down to make way for a new condo every 3.4 seconds, sometimes it’s nice to know that there are still old buildings standing. Sometimes, though, those are the very buildings people would like to see toppled. This is particularly the case with Brutalist architecture, a concrete heavy, utilitarian style mostly from the late 1960s and onward. It was a response to the ornate architecture that ruled the 1910s, 1920s and 1930s (think Art Deco and Beaux-Arts) and with its imposing style – it’s named Brutalism for a reason, after all – it’s may just be the most polarizing style of architecture. Love it or hate it, here are five examples in Toronto you can check out for yourself.

The Alan Brown building, on Elm Street between Bay and University, is one of the city’s most maligned pieces of architecture. Designed by Estonian architect Uno Prii (whose apartment buildings can still be seen today throughout the city, most notably in the Annex), and unveiled in 1983, it has had 36 years of critics. Many dubbed it “The Nightmare on Elm Street” and even more have called it one of the city’s ugliest buildings. With sharp lines, imposing concrete and its placement, situated above a five-storey parking garage, it may not be everyone’s cup of tea, but it isn’t entirely without praise, The Globe and Mail note that some hold the building up as “an excellent example of the expressive uses of concrete.”

When 222 Jarvis opened its doors in 1971, it was a Brutalist homage by architect Maxwell Miller and the head office of Sears Canada. It remained as such all the way to 2007, when the government of Ontario bought the building from Sears. It was renovated in 2011 with a green initiative and now features a 2,000-square foot skylight, a green roof, solar panels on the roof and rainwater harvesting, among other green projects. That might appease some of its haters, who note that “It’s the sort of building that an American TV show shot in Toronto would use as the headquarters of a “sinister government department”.”

The Sheraton Centre in the heart of downtown Toronto, near Nathan Phillips Square and  the Four Seasons Centre for the Performing Arts opened in 1972 as a project that was meant to rival New City Hall, built by Viljo Revell in 1958. John B. Parkin’s concrete building – a towering 43-storey behemoth – never quite took on the same level of praise. It’s found itself on several “Toronto’s Worst Architecture” lists, but for our money, its famous indoor garden meets forest meets waterfall is one of downtown Toronto’s coolest secret getaways.

Robarts Library on the U of T campus is a familiar sight for those who traverse Harbord Street or St. George Street regularly. It’s also one of the most notable examples of Brutalist architecture in North America. The building, named after the 17th Premier of Ontario, John Robarts, took 5 years to complete and cost over $40 million. Its imposing structure has given it the nickname “Fort Book”, but many are big fans of the space: The Globe and Mail calls Robarts “one of the best modernist spaces in the city.” Robarts is also ever evolving: renovations in 2008 transformed the space, and a new set of upgrades, currently underway, will add 1,200 work and study spaces to the library.

U of T Scarborough

Another U of T property is also known for its concrete structures: the Scarborough campus and specifically, the Andrews building. Named after its designer, John Andrews (who also designed the CN Tower, FYI), the building has been the centerpiece of many movies filmed in Toronto, like The Shape of Water, Total Recall and even a music video by the Weeknd. Concrete looms heavy here, but, thanks to large skylights, high ceilings and large staircases, the space feels surprisingly easy to navigate and traverse. BlogTO even named it one of the Top 10 buildings from the 1960s.